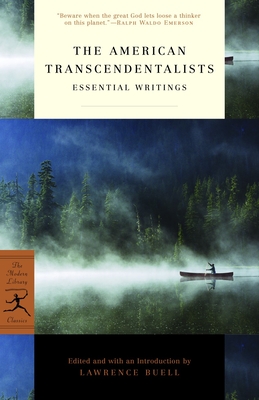 Transcendentalism was the first major intellectual movement in U.S. history, championing the inherent divinity of each individual, as well as the value of collective social action. In the mid-nineteenth century, the movement took off, changing how Americans thought about religion, literature, the natural world, class distinctions, the role of women, and the existence of slavery.
Edited by the eminent scholar Lawrence Buell, this comprehensive anthology contains the essential writings of Ralph Waldo Emerson, Henry David Thoreau, Margaret Fuller, and their fellow visionaries. There are also reflections on the movement by Charles Dickens, Henry James, Walt Whitman, Louisa May Alcott, and Nathaniel Hawthorne. This remarkable volume introduces the radical innovations of a brilliant group of thinkers whose impact on religious thought, social reform, philosophy, and literature continues to reverberate in the twenty-first century.

Lawrence Buell is the Powell M. Cabot Professor of American Literature at Harvard University. He is the award-winning author of many notable books, including Literary Transcendentalism, The Environmental Imagination, and Emerson.