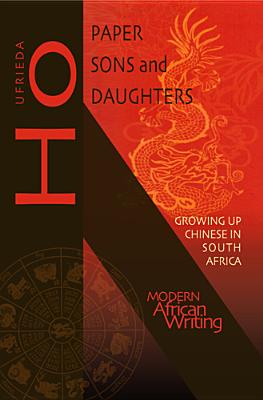 Ufrieda Ho’s compelling memoir describes with intimate detail what it was like to come of age in the marginalized Chinese community of Johannesburg during the apartheid era of the 1970s and 1980s. The Chinese were mostly ignored, as Ho describes it, relegated to certain neighborhoods and certain jobs, living in a kind of gray zone between the blacks and the whites. As long as they adhered to these rules, they were left alone.

Ho describes the separate journeys her parents took before they knew one another, each leaving China and Hong Kong around the early 1960s, arriving in South Africa as illegal immigrants. Her father eventually became a so-called “fahfee man,” running a small-time numbers game in the black townships, one of the few opportunities available to him at that time. In loving detail, Ho describes her father’s work habits: the often mysterious selection of numbers at the kitchen table, the carefully-kept account ledgers, and especially the daily drives into the townships, where he conducted business on street corners from the seat of his car. Sometimes Ufrieda accompanied him on these township visits, offering her an illuminating perspective into a stratified society. Poignantly, it was on such a visit that her father—who is very much a central figure in Ho’s memoir—met with a tragic end.

In many ways, life for the Chinese in South Africa was self-contained. Working hard, minding the rules, and avoiding confrontations, they were able to follow traditional Chinese ways. But for Ufrieda, who was born in South Africa, influences from the surrounding culture crept into her life, as did a political awakening. Paper Sons and Daughters is a wonderfully told family history that will resonate with anyone having an interest in the experiences of Chinese immigrants, or perhaps any immigrants, the world over.

Ufrieda Ho is an award-winning journalist and one of the daughters of Ho Sing Kee. In this wonderfully textured memoir she explores her family’s history and arrival in South Africa. Ufrieda describes growing up with her siblings in a world in which she is too white for some and too black for others, and the question of “who belongs” haunts this evocative account.

“Paper Sons echoes the domestic realism in Amy Tan’s best-selling The Joy Luck Club; we taste the food and we are educated in all things Chinese such as the observance of rituals. For the Ho family, the strong adherence to ancient traditions gives meaning and comfort when the silence of stigma proves too oppressive.”—Words Etc

“In the years since apartheid ended, many of South Africa’s formerly hidden histories are being uncovered. These are the stories of communities who were forced to evade the public gaze; living lives, in Ufrieda Ho’s words, of ‘shad

“The best writing is personal and this story does just that, telling the tale of growing up of Chinese, not welcomed but tolerated in officially white areas. But for all the political headlines, this book is also humorously personal.”—