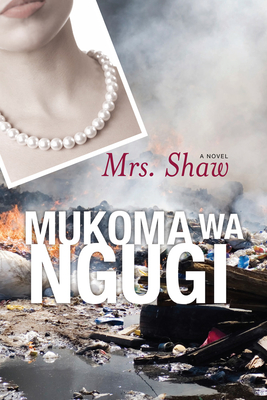 In the fictional East African Kwatee Republic of the 1990s, the dictatorship is about to fall, and the nation’s exiles are preparing to return. One of these exiles, a young man named Kalumba, is a graduate student in the United States, where he encounters Mrs. Shaw, a professor emerita and former British settler who fled Kwatee’s postcolonial political and social turmoil. Kalumba’s girlfriend, too, is an exile: a Puerto Rican nationalist like her imprisoned father, she is an outcast from the island. Brought together by a history of violence and betrayals, all three are seeking a way of regaining their humanity, connecting with each other, and learning to make a life in a new land. Kalumba and Mrs. Shaw, in particular, are linked by a past rooted in colonial and postcolonial violence, yet they are separated by their differing accounts of what really happened.

The memory of each is subject to certain lapses, whether selective or genuine. Even when they agree on the facts—be they acts of love, of betrayal, or of violence—each narrator shapes the story in his or her own way, by what is left in and what is left out, by what is remembered and what is forgotten.

Mukoma Wa Ngugi is an assistant professor of English at Cornell University and the author of Nairobi Heat, Black Star Nairobi, and Hurling Words at Consciousness. In 2014, Buchkultur named the German translation of Nairobi Heat the Crime Book of the Season. In 2009, Mukoma was short-listed for the Caine Prize for African Writing and in 2010 for the Penguin Prize for African Writing for his manuscript The First and Second Books of Transition, which became Mrs. Shaw.

“What emerges in Mrs. Shaw is the cyclical nature of a postcolonial nation-state returning, over and over again, to its violent origins. Yet Mukoma is just as critical toward revolutionary movements that they themselves cannot escape the pathologies of violence.… Mrs. Shaw is a treatise on traumas, individual and collective, but it is also a document on working through these physical and psychological wounds through the technologies of writing.”—Los Angeles Review of Books

“Mukoma Wa Ngugi is a deft, poised storyteller who has mastered the art of sweeping up the reader. From the first page of Mrs. Shaw I found myself hooked, in awe, riveted. Here’s a sad, gripping and highly entertaining romp of a novel.&

“Mrs. Shaw is a searing account which subverts the notion of universal truths. It is also a novel that poignantly narrates the story of exile, love, the struggle for freedom and multiple perceptions of history.…Through his artistic and

“Mukoma Wa Ngugi’s latest publication, Mrs. Shaw, is a work of astonishing imagination, blending the real with the surreal to explore the plight of a political activist, Kalumba, who is returning to his fictional homeland, Kwatee, following years of exile in America. The book grips the reader’s attention from start to finish, using twists, turns, and surprises in a plot laced with intrigue, suspense, tension, and passion.”—Mῖcere Gῖthae Mũgo, author of Writing and Speaking from the Heart of My Mind and My Mother’s Poem and Other Songs