The Blood of Guatemala: A History of Race and Nation (Latin America Otherwise) (Paperback) 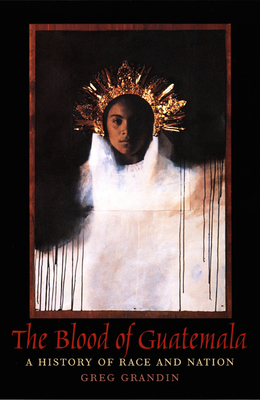 Over the latter half of the twentieth century, the Guatemalan state slaughtered more than two hundred thousand of its citizens. In the wake of this violence, a vibrant pan-Mayan movement has emerged, one that is challenging Ladino (non-indigenous) notions of citizenship and national identity. In The Blood of Guatemala Greg Grandin locates the origins of this ethnic resurgence within the social processes of eighteenth- and nineteenth-century state formation rather than in the ruins of the national project of recent decades.
Focusing on Mayan elites in the community of Quetzaltenango, Grandin shows how their efforts to maintain authority over the indigenous population and secure political power in relation to non-Indians played a crucial role in the formation of the Guatemalan nation. To explore the close connection between nationalism, state power, ethnic identity, and political violence, Grandin draws on sources as diverse as photographs, public rituals, oral testimony, literature, and a collection of previously untapped documents written during the nineteenth century. He explains how the cultural anxiety brought about by Guatemala's transition to coffee capitalism during this period led Mayan patriarchs to develop understandings of race and nation that were contrary to Ladino notions of assimilation and progress. This alternative national vision, however, could not take hold in a country plagued by class and ethnic divisions. In the years prior to the 1954 coup, class conflict became impossible to contain as the elites violently opposed land claims made by indigenous peasants.
This "history of power" reconsiders the way scholars understand the history of Guatemala and will be relevant to those studying nation building and indigenous communities across Latin America.

Greg Grandin is Assistant Professor of History at New York University. He worked with the Guatemalan Truth Commission in 1997-1998.