Twilight Over Burma: My Life as a Shan Princess (Kolowalu Books) (Paperback) 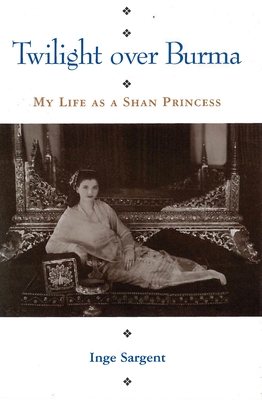 Just married and returning to live in her new husband's native land, a young Austrian woman arrived with her Burmese husband by passenger ship in Rangoon in 1953. They were met at dockside by hundreds of well-wishers displaying colorful banners, playing music on homemade instruments, and carrying giant bouquets of flowers. She was puzzled by this unusual welcome until her embarrassed husband explained that he was something more than a recently graduated mining engineer - he was the Prince of Hsipaw, the ruler of an autonomous state in Burma's Shan mountains. And these people were his subjects

She immersed herself in the Shan lifestyle, eagerly learning the language, the culture, and the history of the Shan hill people. The Princess of Hsipaw fell in love with this remote, exotic land and its warm and friendly people. She worked at her husband's side to bring change and modernization to their primitive country. Her efforts to improve the education and health care of the country, and her husband's commitment to improve the economic well-being of the people made them one of the most popular ruling couples in Southeast Asia. Then the violent military coup of 1962 shattered the idyllic existence of the previous ten years. Her life irrevocably changed. Inge Sargent tells a story of a life most of us can only dream about. She vividly describes the social, religious, and political events she experienced. She details the day-to-day living as a reluctant ruler and her role as her husband's equal - a role that perplexed the males in Hsipaw and created awe in the females. And then she describes the military events that threatened her life and that of her children. Twilight over Burma is a story of a great happiness destroyed by evil, of one woman's determination and bravery against a ruthless military regime, and of the truth behind the overthrow of one of Burma's most popular local leaders.