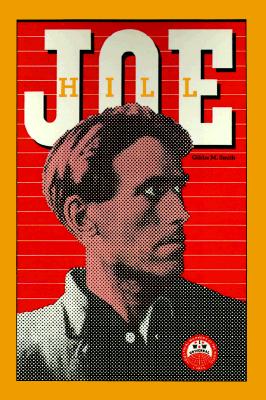 
On Our Shelves Now
The definitive study of Joe Hill, American labor martyr, proletarian fold hero, and song writer.
Joe Hill became symbollic of the kind of individual sacrifice that would make a revolutionary new society possible. Thus labor radicals, communists, and novelists and playwrights such as John Dos Passos, Wallace Stegner, and Barrie Stavis used the circumstances of Hill's convictions and manner of his death to create a legend that transformed 'just another forgotten migrant worker' into 'The Man Who Never Died, as the song which Paul Robeson enthralled audiences in the 1930s and 1940s had it . . . Gibbs Smith has served us well be recapturing the memory of a man whose songs, to quote another wobbly, evoked the spirit of radicals who were the 'very epitome of guts and gallantry, ' a handful of homeless heroes touched by true romance. Men and women whose spirits were stirred far above their belly-need; men and women inspired by visions of heaven on earth. Now, as then, society needs such men and women.
--Melvyn Dubofsky, The New York Times Book Review.