End of Time: A Meditation on the Philosophy of History (Paperback) 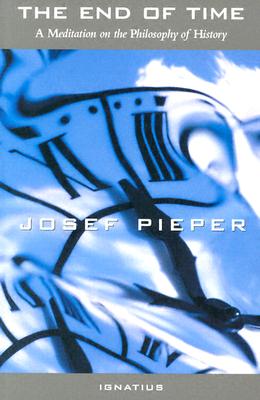 End of Time: A Meditation on the Philosophy of History (Paperback)

This is a work of rare prophetic brilliance by Josef Pieper, one of this century's most profound and lucid expositors of the thought of St. Thomas Aquinas. This book was written to throw light on an ancient question that has vexed and tormented many. What is the nature of "The End" toward which, even now, the world and men are moving? No writer of our time is better equipped to answer that question than Pieper. He provides the most rigorous and sustained philosophical analysis, anchored to "the primeval rock of theological pronouncement", in order precisely to understand the finalities of time and history.

Josef Pieper, perhaps the most popular Thomist philosopher of the twentieth century, was schooled in the Greek classics and the writings of St. Thomas Aquinas. He also studied philosophy, law, and sociology, and he was a professor at the University of Munster, West Germany. His numerous books have been widely praised by both the secular and religious press.