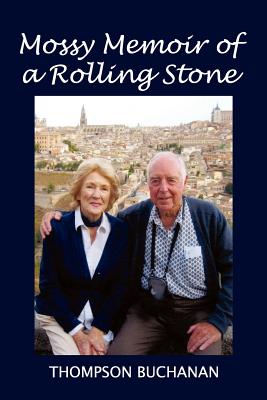 This memoir is a fascinating reading for the general reader, while at the same time educational, describing the challenges facing a Foreign Service political officer concerned, during the Cold War, with relations with the Soviet Union and Africa. "Russian cab drivers, Tsarist palaces, Kremlin leaders, Foggy Bottom, and the African jungle--they are all here in Tom Buchanan's witty and fast-paced memoir of a fascinating life in the Foreign Service. As one of our most experienced Russia specialists, Buchanan was on hand in Washington, Moscow, and Leningrad for many momentous Cold War events. His frank and absorbing account and advice for the future are well worth reading." -EDWARD HURWITZ, U.S. Ambassador (ret.) "This delightful book is full of excitement, humor, and wisdom. Buchanan's adventures from Africa to Russia, with excursions in France and Norway, range from the harrowing to the hilarious. The book . . . shows how hard work, courage, and a sense of humor on the part of both spouses can make Foreign Service life productive and enjoyable. And it is fun to read as well." -ROGER KIRK, U.S. Ambassador (ret.) "A joyful and fascinating account of a distinguished and devoted Foreign Service couple who served in Russia, Central Africa, and Washington. The reader will find unique insights into the historical times of the Cold War and beyond and a gold mine of reflections on the Soviet era in Moscow and Leningrad, where Americans and Russians vied for advantage. The Buchanans were examples of the very best in the Foreign Service." -GARY MATTHEWS, U.S. Ambassador (ret.) Much of Tom Buchanan's career focused on the Soviet Union: interrogating defectors in Germany; seconded to NATO as a Soviet expert; head of the Foreign Political Section in Moscow during the Cuban Missile Crisis and the death of President Kennedy; deputy in EUR/SOV; political counselor in Moscow during the first Nixon-Brezhnev Summit; and, as his final post, consul general in Leningrad. After retiring in 1981, he worked in Moscow with INS and USAID. His Africa-related service included efforts to counter Soviet infiltration of Africa. Along the way he writes of his early life, his education, and his service in World War II. He also shares stories of family adventures in Jackson Hole, Wyoming, and Provence, and concludes with thoughts about life in the Foreign Service, the practice of diplomacy, and the final journey.