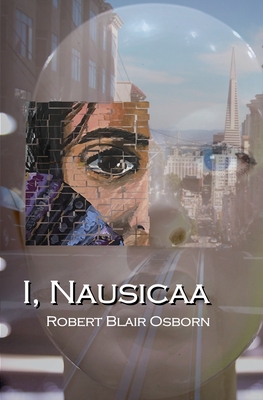 At the end of 2020, Nausicaa is the sole surviving Simulacra from a botched military operation in Syria. A self-described "designed being" living on the streets of San Francisco, Nausicaa obtains several clues from Kiernan that might explain why the other Simulacra died suddenly from a ghastly disease four years earlier. Nausicaa suspects Kiernan's friend and former lover, Yūji, a Japanese pharmaceutical executive, was the mastermind behind a secret experiment that spared Nausicaa.

Fast forward to 2038 - Simulacra are as common as microwave ovens -and again they are dying of a mysterious disease. Desperate to save them, Nausicaa tracks down Kiernan, who's living in a Sacramento retirement home, and they travel to Tokyo to find Yūji before the AUTOMind Corporation finds him and destroys the vaccine that saved Nausicaa.

Both technological thriller and road trip, I, Nausicaa is a multi-layered romp through technology, artificial intelligence, and the Japanese tea ceremony.

The story begins at the height of the COVID pandemic at the end of 2020. Nausicaa is recalling to a deceased lover, Phylla, how the world has changed since an outbreak four years earlier killed Phylla but not Nausicaa. Contrary to the first of Isaac Asimov's "Three Laws of Robotics," Nausicaa is capable of killing humans, and because of that, robotics designer Yūji Morita spares Nausicaa's life with a vaccine injection.

Nausicaa learns that a friend, Kiernan McCreighton, a former drug addict and harm reduction volunteer on the streets of San Francisco, knows Yūji from having taught English in Japan. Fast forward to the year 2038: a new generation of bootlegged, unlicensed Simulacra coexists with humans, and they're suddenly dying from the same disease that killed Phylla.

AUTOMind orders Nausicaa to find Kiernan, but Nausicaa discovers Kiernan knows about the vaccine and the disease that killed Phylla and joins forces with him to find Yūji and find the vaccine documentation.

The story is in three parts: 2016, when the outbreak kills Phylla; 1991, when Yūji and Kiernan meet in Japan; and in 2038, when Nausicaa and Kiernan go to Tokyo to reach Yūji before he's killed.