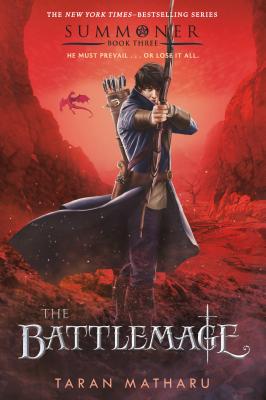 This is book number 3 in the The Summoner Trilogy series.

Fletcher and his classmates from Vocans Academy—including the elf Sylva and the dwarf Othello—travel through the ether, where they must pursue a mortally dangerous quest to rebuild their world and broker peace. As he leads a small army of soldiers, Fletcher will face his biggest challenge yet: his nemesis, the albino orc, Khan, who seeks to destroy everything Fletcher loves.

Praise for the Summoner series:

"A young orphan makes friends (and enemies) at a magic school in this solid series opener. Fletcher is appealing precisely because of his Everyman qualities: he is not the smartest or the strongest, but he is a loyal friend and a fierce fighter against injustice." —Kirkus Reviews