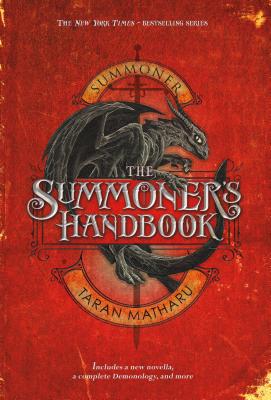 "The ability to summon is passed down through the blood..."

Summoner: One who is gifted with the ability to summon demonic creatures that are emotionally connected to their human counterparts. As brought to life in the bestselling Summoner series, the magic of summoning is also an art, with a story of its own. The Summoner’s Handbook reveals the story of James Baker -- the epic journal that inspired the series hero, Fletcher, to discover his own summoning abilities. Along with a complete demonology, a guide to the basics of summoning, and glorious artwork from the world of the Hominum Empire, this is the volume that fans of the acclaimed and bestselling series must own.

"A young orphan makes friends (and enemies) at a magic school in this solid series opener. Fletcher is appealing precisely because of his Everyman qualities: He is not the smartest or the strongest, but he is a loyal friend and a fierce fighter against injustice." —Kirkus Reviews