The Outcast: Prequel to the Summoner Trilogy (Paperback) 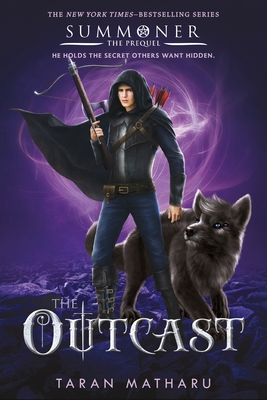 The Outcast: Prequel to the Summoner Trilogy (Paperback)

This is book number 4 in the The Summoner Trilogy series.

When stable boy Arcturus accidentally summons a demon and becomes Hominum's first common summoner, he becomes the key to a secret that the powerful overlords would do anything to keep hidden.

Whisked away to Vocans Academy so he can be kept watch over, Arcturus finds himself surrounded by enemies. But he has little time to settle in before his life is turned upside down once again, for Hominum Empire is in turmoil.

Rebellious intent simmers among the masses, and it will not be long before it boils over. Arcturus must choose a side . . . or watch an Empire crumble.

Also in the Summoner series
The Outcast (Summoner: The Prequel)
The Summoner’s Handbook
A Fine Welcome: Othello’s Journey (A Summoner Short Story)

Praise for The Outcast:

The Novice (Book 1 in the Summoner series):

The Inquisition (Book 2 in the Summoner series):

The Battlemage (Book 3 in the Summoner series):