The Well of Ascension: Book Two of Mistborn (The Mistborn Saga #2) (Mass Market) 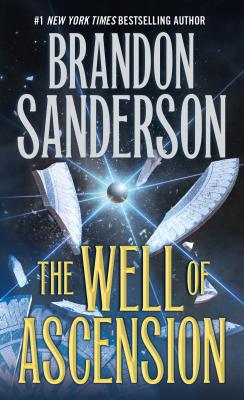 The Well of Ascension: Book Two of Mistborn (The Mistborn Saga #2) (Mass Market)

This is book number 2 in the The Mistborn Saga series.

Now with over 10 million copies sold, The Mistborn Series has the thrills of a heist story, the twistiness of political intrigue, and the epic scale of a landmark fantasy saga.

Brandon Sanderson grew up in Lincoln, Nebraska. He lives in Utah with his wife and children and teaches creative writing at Brigham Young University. He is the author of such bestsellers as the Mistborn® trilogy and its sequels, The Alloy of Law, Shadows of Self, and The Bands of Mourning; the Stormlight Archive novels The Way of Kings and Words of Radiance; and other novels, including The Rithmatist, Steelheart, and Skyward. In 2013, he won a Hugo Award for Best Novella for The Emperor's Soul, set in the world of his acclaimed first novel, Elantris. Additionally, he was chosen to complete Robert Jordan's Wheel of Time® sequence.

“Enjoyable, adventurous read that. . .should satisfy even easily-bored teens.” —Locus on Mistborn

“Elantris is the finest novel of fantasy to be written in many years. Brandon Sanderson has created a truly original world of magic and intrigue, and with the rigor of the best science fiction writers he has made it real at every level.” —Orson Scott Card

“Elantris . . . is marked by vivid and strongly drawn characters (including a memorable female character) and ingenious plot twists that will keep the reader turning pages. Don't miss it!” —Katherine Kurtz, New York Times-bestselling author of the Deryni series

“In this stunning debut novel [is] a completely unique world that enfolds the reader in mystery and wonder right through till the last page.” —Romantic Times BOOKReviews