Letters from an Astrophysicist (Hardcover) 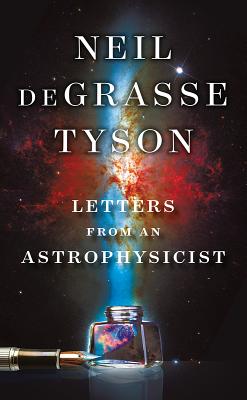 Letters from an Astrophysicist (Hardcover)

A luminous companion to the phenomenal bestseller Astrophysics for People in a Hurry.

Astrophysicist Neil deGrasse Tyson has attracted one of the world’s largest online followings with his fascinating, widely accessible insights into science and our universe. Now, Tyson invites us to go behind the scenes of his public fame by revealing his correspondence with people across the globe who have sought him out in search of answers. In this hand-picked collection of 101 letters, Tyson draws upon cosmic perspectives to address a vast array of questions about science, faith, philosophy, life, and of course, Pluto. His succinct, opinionated, passionate, and often funny responses reflect his popularity and standing as a leading educator.

Tyson’s 2017 bestseller Astrophysics for People in a Hurry offered more than one million readers an insightful and accessible understanding of the universe. Tyson’s most candid and heartfelt writing yet, Letters from an Astrophysicist introduces us to a newly personal dimension of Tyson’s quest to explore our place in the cosmos.

Neil deGrasse Tyson is an astrophysicist with the American Museum of Natural History, host of the hit radio and Emmy-nominated TV show StarTalk, and the New York Times best-selling author of Astrophysics for People in a Hurry and Accessory to War: The Unspoken Alliance Between Astrophysics and the Military. He lives in New York City.
Scintillating....Tyson’s latest is a stimulating companion to his Astrophysics for People in a Hurry and both are recommended for inspiring readers wary of science to give it a chance.