On Form: Longlisted for the William Hill Sports Book of the Year (Hardcover) 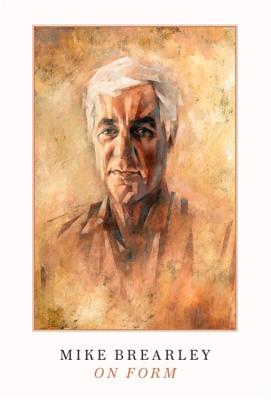 
LONGLISTED FOR THE WILLIAM HILL SPORTS BOOK OF THE YEAR

What is being on form? How does it relate to feeling 'in the zone'?

Are these states in the lap of the gods, a matter of which side of the bed we got out of that morning? Or is there anything we can do to make their arrival more likely?

In this fascinating book, former England cricket captain and psychoanalyst Mike Brearley examines many of the elements of being in and out of form across a number of different disciplines - not only in cricket and psychoanalysis but also in finance, music, philosophy, medicine, teaching, tree surgery and drama.

Drawing on his own experiences, both on and off the field, Brearley describes various states of mind, from the conscious determination involved in training and practice through to that almost spiritual state of being 'inspired'. To achieve any level of form requires us to be able to hold different tensions in mind, and to tolerate both ambivalence and ambiguity. Neither form nor creativity can be guaranteed - Brearley illustrates in depth the frequent ways we lose form - though understanding, in a full sense, enables us to make drastic loss of form less likely.

Perceptive and engaging, On Form is an exploration of the benefits and risks of being on form and can help us all reflect on the range of conditions that block or liberate us.

PRAISE FOR THE ART OF CAPTAINCY:

'A work of real substance, valued for its practicality and its precision as well as its balanced humanity and insight' Hilary Mantel

'The best book on captaincy, written by an expert' Mike Atherton

'The Art of Captaincy was, and is, an outstanding book. I would add only three words which I always bear in mind. Keep it simple' Richie Benaud

Mike Brearley OBE was educated at Cambridge, where he read classics and moral sciences, and captained the university. He played for Middlesex County Cricket Club intermittently from 1961 to 1983, captaining the side from 1971 to 1982. He first played for England in 1976 and captained the side from 1977 to 1980, winning seventeen test matches and losing only four. He was recalled to the captaincy in 1981 for the Ashes home series, leading England to one of their most famous victories. Since retiring from cricket in 1982, he trained and continues to work as a psychoanalyst, and is a lecturer on leadership and motivation. He is the author of the bestselling The Art of Captaincy, and has written on cricket and the psychology of sport for the Observer and most recently The Times. He lives in London.