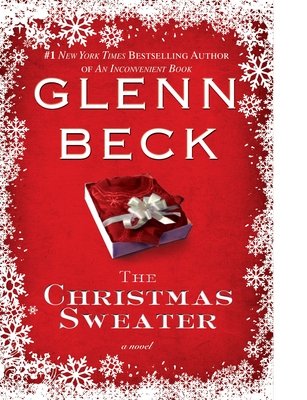 
Email or call for price
#1 New York Times bestselling author and renowned radio and television host Glenn Beck delivers an instant holiday classic about boyhood memories, wrenching life lessons, and the true meaning of the gifts we give to one another in love.

If you could change your life by reversing your biggest regrets, sorrows, and mistakes...would you?

When Eddie was twelve years old, all he wanted for Christmas was a bike. He knew money had been tight since his father died, but Eddie dreamed that somehow his mother would find a way to afford that dream bike.

What he got from her instead was a sweater. “A stupid, handmade, ugly sweater” that young Eddie left in a crumpled ball in the corner of his room.

Scarred deeply by the fateful events that transpired that day, Eddie begins a dark and painful journey toward manhood. It will take wrestling with himself, his faith, and his family—and the guidance of a mysterious neighbor named Russell—to help Eddie find his life’s path and finally understand the significance of that simple gift his mother had crafted with love.
Glenn Beck, the nationally syndicated radio host and founder of TheBlaze television network, has written thirteen #1 bestselling books and is one of the few authors in history to have had #1 national bestsellers in the fiction, nonfiction, self-help, and children’s picture book genres. His recent fiction works include the thrillers Agenda 21, The Overton Window, and its sequel, The Eye of Moloch; his many nonfiction titles include Conform, Miracles and Massacres, Control, and Being George Washington. For more information about Glenn Beck, his books, and TheBlaze television network, visit GlennBeck.com and TheBlaze.com.