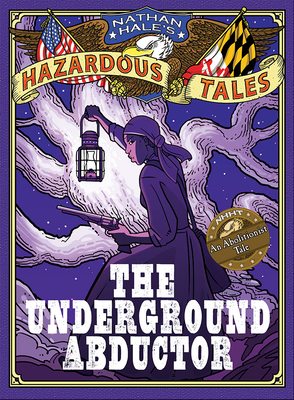 Araminta Ross was an enslaved woman born in Delaware. After years of backbreaking labor and the constant threat of being sold and separated from her family, she escaped and traveled north to freedom. Once there, she changed her name to Harriet Tubman. As an “abductor” on the Underground Railroad, she risked her life helping countless enslaved people escape to freedom.

Get The Underground Abductor and two other Hazardous Tales in the Nathan Hale's Hazardous Tales 3-Book Boxed Set, available now!
Nathan Hale is the #1 New York Times bestselling author and illustrator of the Nathan Hale’s Hazardous Tales series, which includes One Dead Spy; Donner Dinner Party; Treaties, Trenches, Mud and Blood; Big Bad Ironclad!; and The Underground Abductor, one of which earned a place on the Texas Bluebonnet Award Master List. He also illustrated the graphic novel Rapunzel’s Revenge, which was a TODAY show “Al’s Book Club for Kids” selection, an ALA-ALSC Notable Children’s Book, and a YALSA Great Graphic Novel for Teens, as well as the recipient of three starred reviews. Nathan lives in Provo, Utah. www.hazardoustales.com.
"A first-choice selection for any children’s library and a fresh addition to Black History Month and Women’s History Month book lists."
— School Library Journal