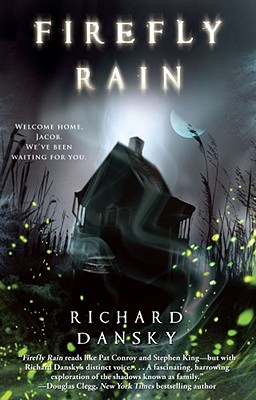 
Usually ships to store in 2-3 Days
When Jacob left home for a new life, he pretty much forgot all about Maryfield, North Carolina. But Maryfield never forgot him. Or forgave him.

After a failed business venture in Boston, Jacob Logan comes back to the small Southern town of his childhood and takes up residence in the isolated house he grew up in. Here, the air is still. The nights are black. And his parents are buried close by. It should feel like home—but something is terribly wrong.

Jacob loses all his belongings in a highway accident. His car is stolen from his driveway, yet he never hears a sound. The townspeople seem guarded and suspicious. And Carl, the property caretaker with so many secrets, is unnervingly accommodating. Then there are the fireflies that light the night skies . . . and die as they come near Jacob’s home. If it weren’t for the creaking sounds after dark, or the feeling that he is being watched, Jacob would feel so alone. He shouldn’t worry. He’s not.

And whatever’s with him isn’t going to let him leave home ever again.
Richard Dansky is the author of numerous short fiction stories, as well as the Trilogy of the Second Age for White Wolf's Exalted role-playing game. In his twenty years of video game experience he has contributed to over forty titles in iconic franchises like Ghost Recon, Might & Magic, Splinter Cell, Far Cry, and Rainbow Six. He lives in North Carolina.