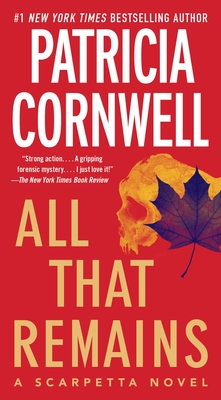 #1 bestselling author Patricia Cornwell returns to the world of gutsy medical examiner Kay Scarpetta in the third suspenseful novel in the forensic thriller series that begins with Postmortem.

In Richmond, Virginia, young lovers are dying. So far, four couples in the area have disappeared, only to be found months later as mutilated corpses. When the daughter of the president's newest drug czar vanishes along with her boyfriend, Dr. Kay Scarpetta knows time is short. Following a macabre trail of evidence that ties the present homicides to a grisly crime in the past, Kay must draw upon her own personal resources to track down a murderer who is as skilled at eliminating clues as Kay is at finding them...
Patricia Cornwell is recognized as one of the world’s top bestselling crime authors with novels translated into thirty-six languages in more than 120 countries. Her novels have won numerous prestigious awards including the Edgar, the Creasey, the Anthony, the Macavity, and the Prix du Roman d’Aventure. Beyond the Scarpetta series, Cornwell has written a definitive book about Jack the Ripper, a biography, and two more fiction series among others. Cornwell, a licensed helicopter pilot and scuba diver, actively researches the cutting-edge forensic technologies that inform her work. She was born in Miami, grew up in Montreat, NC, and now lives and works in Boston. Find out more at PatriciaCornwell.com, at Facebook.com/Patricia.Cornwell, on Twitter: @1pcornwell, and on Instagram: @1pcornwell.

"Captivating....what a ride!...You'll probably stay up all night turning the pages." -- The Denver Post

"Riveting....compelling....Scarpetta uses a microscope in her lab the way Sherlock Holmes wielded a magnifying glass." -- Cosmopolitan