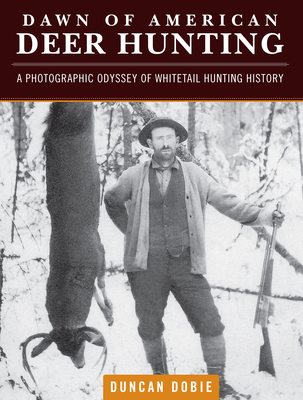 
Email or call for price
Take a glimpse into deer hunting's past White-tailed deer hunting has an incredibly rich heritage in America, and has played a vital role in the survival and expansion of this great nation. It's provided food, clothing, income, camaraderie and an unmistakable freedom to enjoy the country's magnificent wild lands. Take a glimpse back in time with the outstanding collection of photographs and historical information from the late 1800s to the mid-1900s that author Duncan Dobie has included inside Dawn of American Deer Hunting. You'll see the classic rifles hunters used, how they traveled to the remote deer camps, what kind of shelters they stayed in and more fascinating pieces of hunting history from the legendary deer regions around America. And admire the deer they took home--massive-bodied Northern bucks, trophy Texas antlers, buck poles filled with does and much-appreciated venison. As the old saying goes, "a picture is worth a thousand words." Just imagine the stories of the rugged folk in each photograph, and soon you'll connect with these deer hunters of yesteryear. We still face the same keen senses of the whitetail; the same harsh weather; the same buck fever....
Duncan Dobie has been a full-time outdoor writer and photographer for more than 30 years. His work has appeared in numerous books, magazines, and newspapers across the country. He has authored nine books, and seven are about white-tailed deer. Among his most recent books are Hunting Mature Whitetails the Lakosky Way, Legendary Whitetails III and Trophy Whitetails with Pat and Nicole Reeve, all three with Krause Publications.