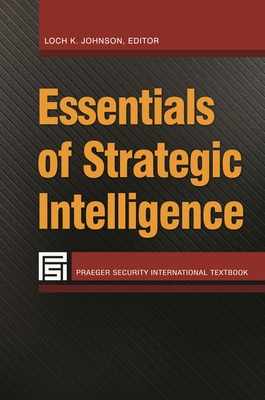 Essentials of Strategic Intelligence investigates a subject unknown to or misunderstood by most American citizens: how U.S. foreign and security policy is derived from the information collection operations and data analysis by the sixteen major U.S. intelligence agencies. The essays in this work draw back the curtain on the hidden side of America's government, explaining the roles of various intelligence missions, justifying the existence of U.S. intelligence agencies, and addressing the complex moral questions that arise in the conduct of secret operations.

After an introductory overview, the book presents accessibly written essays on the key topics: intelligence collection-and-analysis, counterintelligence, covert action, and intelligence accountability. Readers will understand how intelligence directly informs policymakers and why democracies need secret agencies; learn how the CIA has become deeply involved in the war-like assassination operations that target suspected foreign terrorists, even some individuals who are American citizens; and appreciate how the existence of--and our reliance on--these intelligence agencies poses challenges for democratic governance.

Loch K. Johnson is Regents Professor of Public and International Affairs at the University of Georgia, Athens, GA.