The Forgotten Legacy of Stella Walsh: The Greatest Female Athlete of Her Time (Hardcover) 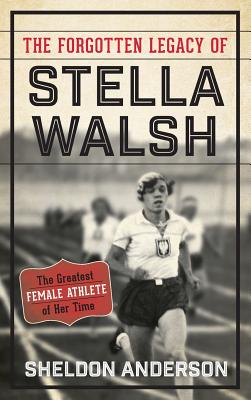 By Sheldon Anderson
Email or call for price.
Usually Ships in 2-3 Days

Stella Walsh, who was born in Poland but raised in the United States, competed for Poland at the 1932 and 1936 Olympics, winning gold and silver in the 100 meters. Running and jumping competitively for three decades, Walsh also won more than 40 U.S. national championships and set dozens of world records. In 1975, she was inducted into the National Track and Field Hall of Fame, yet Stella Walsh's impressive accomplishments have been almost entirely ignored. In The Forgotten Legacy of Stella Walsh: The Greatest Female Athlete of Her Time, Sheldon Anderson tells the story of her remarkable life. A pioneer in women's sports, Walsh was one of the first globetrotting athletes, running in meets all over North America, Europe, and Asia. While her accomplishments are undeniable, Walsh's legacy was called into question after her murder in 1980. Walsh's autopsy revealed she had ambiguous genitalia, which prompted many to demand that her awards be rescinded. In addition to telling her fascinating story, The Forgotten Legacy of Stella Walsh provides a close look at the early days of women's track and field. This book also examines the complicated and controversial question of sex and gender identity in athletics-an issue very much in the news today. Featuring numerous photographs that help bring to life Walsh's story and the times in which she lived, this biography will interest and inform historians of sport and women's studies, as well as anyone who wants to learn more about a Polish immigrant who was once the fastest woman alive.

Sheldon Anderson is professor of history at Miami University (Ohio), specializing in Cold War history, European diplomatic history, and sports history. He is the author of A Dollar to Poland Is a Dollar to Russia (1993), A Cold War in the Soviet Bloc (2000), Condemned to Repeat It (2008), and The Politics and Culture of Modern Sports (2015).