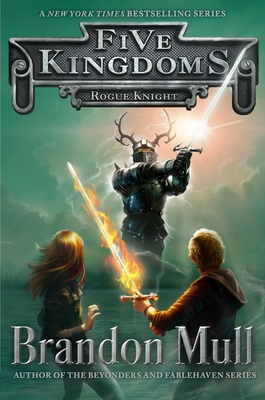 With enemies in pursuit, Cole and Mira must resort to a fascinating new kind of magic to protect themselves. Every move is filled with danger as Cole and his friends try to outwit the High King, who will stop at nothing to regain what he has lost.
Brandon Mull is the author of the New York Times, USA TODAY, and Wall Street Journal bestselling Beyonders and Fablehaven series, as well as the bestselling Five Kingdoms, Candy Shop Wars, and Dragonwatch series. He resides in Utah, in a happy little valley near the mouth of a canyon. Brandon’s greatest regret is that he has but one life to give for Gondor.