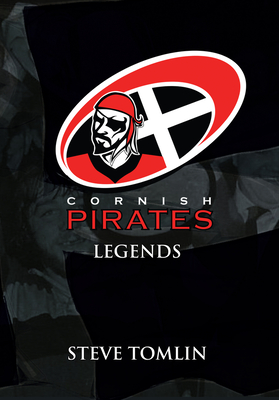 Cornwall has long been recognised as being one of the hotbeds of English rugby enjoying a level of interest and support even outstripping that of football. Ten years ago Penzance and Newlyn rebranded itself as the Cornish Pirates and now operates as the only truly professional sports team in the area. Despite its remote location and low population base it has nevertheless recently twice won national knock-out trophies and twice more reached play-off finals of the Rugby Championship – just one tier below the Premier League. Ex-player Steve Tomlin’s latest book details the lives and playing careers of forty-six leading players and four senior coaches covering both the amateur and professional eras of the club. It is almost entirely based on a series of detailed interviews with the players themselves – or with their colleagues and families if they are no longer with us. Many of those featured played at international level whilst others remained as heroes in their own backyard.It gives a fascinating and often hilarious insight into the lives, pressures, achievements and disappointments of rugby players of different generations and varying backgrounds.

Steve Tomlin is a passionate Cornish rugby fan who has followed the Pirates since he was nine. He and his wife, Miquette, live close to their family and five grandchildren near Berkhampsted in Hertfordshire, but still gets back to his beloved Cornwall as often as possible.