In the Sewers of Lvov (Paperback) 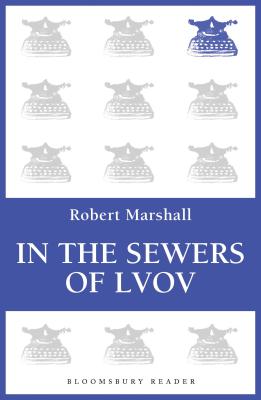 In the Sewers of Lvov (Paperback)

It was the last refuge of the desperate Jews-the warren of sewers underneath their city. Above, the Nazis implemented the destruction of their friends and relatives in a final Aktion against the ghetto in the Polish city of Lvov. A small band of Jews, however, escaped into the grim network of tunnels, there to live for fourteen months with the city's waste, the sudden floods that washed some of them away, the fumes and the damp, the rats, the darkness, and the despair. Their only support was a sewer worker, an ex-criminal who constantly threatened to leave them if they ran out of money. Many died; some of cyanide in mass suicide, some of falling into the rushing waters of the river, some simply of exhaustion. A baby was born and then murdered almost immediately. The group quarrelled, split into factions and threatened each other at gun point. The survivors found themselves at one point, trapped in a chamber filling to the roof with storm water.

Yet survive they did, even infiltrating themselves into the camps above to find their missing relatives. When the Russians liberated Lvov, they emerged from the sewers filthy, bent double, emaciated, unrecognizable. When they opened their eyes their eye seemed blood red.

Robert Marshall, author of All the King's Men, has written the harrowing story of the survivor's ordeal based on a long series of interviews and a hitherto private diary, creating a blazing testimony to human faith and endurance.

Robert Marshall divided his career between writing books and plays, and producing arts and history programming initially for the BBC and, later, live recordings of great theatre productions for cinema release with credits over the 100 mark.

His writing career began with a series of radio plays, and a Play for Today 'Before Water Lilies' for the BBC in the 1970s. During the 1980s and 90s he scripted and directed over thirty programmes for the BBC, from documentaries to dramas including All the King's Men (1988) which was optioned by Stanley Kubrick, In the Sewers of Lvov (1990) which was made into the feature film In Darkness, and Storm From the East (BBC 1994) which was top of the Times non-fiction best-selling list for over two months. He became Executive Producer for The Globe on Screen, at Shakespeare's Globe Theatre.