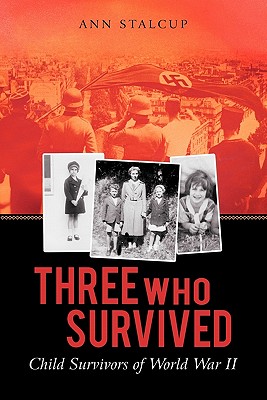 Ann Stalcup is the author of "On the Home Front, Growing up in Wartime England," selected in 1998 by the Children's Book Council as a Notable Trade Book in the Field of Social Studies.

This book tells the stories of three child survivors of World War ll. One spent her childhood in England, the other two in Germany. Each of their stories is quite different. Pat was four-and-a-half when the war between Great Britain and Germany began on September 3, 1939, but it wasn't until she was seven that her family life in England changed drastically. For Hilda and Ursula, both born in Berlin, their worlds turned upside down on January 30, 1933, when Hitler was elected Chancellor of Germany. Hilda would be seven four months later; Ursula had just had her seventh birthday. All three children survived the war for different reasons and in different locations. One escaped Germany days before war was declared, one barely lived through a bombing raid in England, while the third survived a concentration camp. As young children, all three had wonderfully happy childhoods, childhoods that changed suddenly and unexpectedly for each of them when they were seven.