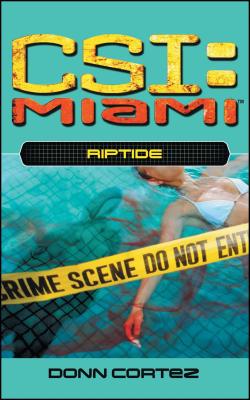 This is book number 4 in the CSI: Miami series.

The Miami Dade Crime Lab is called in to examine the body of a young woman who has washed ashore on an island in Florida Bay. Lieutenant Horatio Caine is quick to identify the probable murder weapon: a shark dart used by the navy as part of an experimental program to kill enemy divers. However, during the autopsy, Doctor Alexx Woods finds that the true cause of death was drowning; the dart was used postmortem.

When another mangled body of a woman is discovered, Caine begins to suspect the worst. The unusual and violent nature of the crimes bears all the hallmarks of an organized serial killer -- sexual predation, a great deal of preparation and a disturbingly distorted worldview. Now, the lieutenant and his team must race to piece together all the clues to stop the murderer before they can strike again.
Donn Cortez is the pseudonym for Don DeBrandt, who has authored several novels. He lives in Vancouver, Canada.