The Preacher: A Novel (Mass Market) 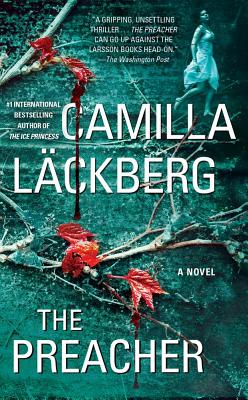 The Preacher: A Novel (Mass Market)


Email or call for price
Now available in mass market, the sequel to the #1 international bestseller The Ice Princess returns readers to the isolated Swedish fishing village where dangerous secrets lie just beneath the community’s tranquil surface.

Early one morning, a six-year-old boy sneaks away to play on a forbidden part of Fjallbacka’s coastline. When he stumbles upon the bloody body of a recently murdered woman, a real-life nightmare unfolds. Worse yet, the police soon uncover two more skeletons buried beneath her, young campers whose disappearance has baffled investigators for decades.

The case is assigned to Constable Patrik Hedstrom, the charming detective who won Erica Falck’s heart in The Ice Princess. As the now-pregnant Erica prepares for the birth of their baby, panic spreads when a second young girl goes missing. Patrik soon finds himself leading a desperate manhunt to track down the killer before he—or she—strikes again.
Camilla Läckberg worked as an economist in Stockholm until a course in creative writing triggered a drastic career change. She is now one of the most profitable native authors in Swedish history. Her novels have sold worldwide in thirty-five countries. She lives with her husband and children in a quaint suburb of Stockholm.