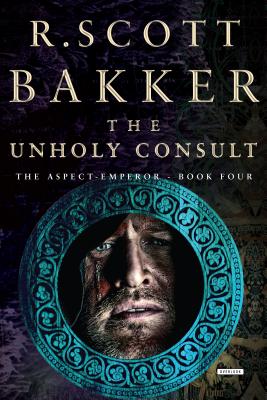 This is book number 4 in the Aspect-Emperor series.

In this shattering conclusion to The Aspect-Emperor books, praised for their “sweeping epic scale and detailed historical world building” (Grimdark Magazine), R. Scott Bakker delivers the series’ feverishly harrowing and long-awaited finish.
R. Scott Bakker is a student of literature, history, philosophy, and ancient languages. His previous books include the Prince of Nothing trilogy: The Darkness that Comes Before, The Warrior Prophet, and The Thousandfold Thought. The Aspect-Emperor series is a sequel series that includes The Judging Eye,The White-Luck Warrior, The Great Ordeal, and The Unholy Consult. He lives in London, Ontario.