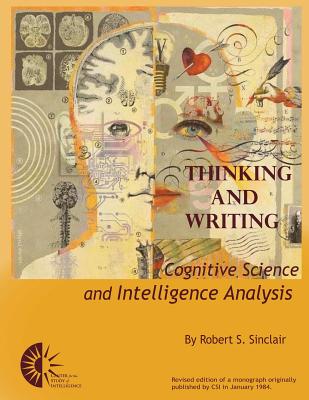 By Center For the Study of Intelligence, Robert S. Sinclair


Usually ships to store in 2-3 Days
This book describes some of the powerful metaphors that have developed over the past two decades about the workings of our minds including cognitive science (which embraces several disciplines, notably computer science, linguistics, neurophysiology and psychology), in an attempt to apply those metaphors to the workings of the CIA's Directorate of Intelligence. These findings have obvious implications for the way the directorate recruits and trains its people. The term "cognitive science" embraces several disciplines, notably computer science, linguistics, and neurophysiology, as well as psychology. A cognitive scientist seeks to understand what the mind does when it searches for patterns, when it makes a value judgment, when it must choose between pattern-finding and judgment-making, when it engages in the myriad other activities that occupy it. Some fragmentary answers to questions such as this have become possible in the last 20 years. Before they are six years old, nearly all humans learn to generalize, to impute continuity, to discern relationships, and to determine cause-and-effect. Moreover, we can store the conclusions drawn from such processes in a way that gives us access to them without burdening our working memory. We also learn a language, that uniquely human capacity which sits at the center of conscious cognitive activity. Language opens the way to abstraction and generalization, and permits each normal human to develop a rich network of concepts. All of us are aware of the limitations of these processes. For example, we all are obtuse in dealing with logic and probability; we are comfortable with imprecision; and our minds are conservative in their approach to new information-quicker to recognize the familiar than the unfamiliar, reluctant to change concepts once we have accepted them. Finally, there are innumerable processes that influence our mental activity but are not accessible to the conscious part of the mind. FROM THE AUTHOR: The monograph has two parts: first, a survey of cognitive science as we understood it in 1984; second, suggestions for changing the way we do intelligence analysis in light of what the discipline was telling us. As I have indicated, I think the survey section holds up pretty well. While I would like to think the reader will learn something useful from immersion in all the detail (notably the diagram on page 10, which makes graphic the many elements that interactively shape our conscious mental activity), the basic concept is quite simple. The conscious mind cannot track more than about seven cognitive elements at the same time (cognitive science jargon often refers to these elements as chunks); and to cope with this constraint, our brains constantly manipulate those elements, always at top speed and usually outside our conscious awareness. This is revised edition of a manuscript that was originally published in 1984.
Robert Sinclair was a CIA intelligence analysts for 37 years. He is now a consultant on analytical issues.