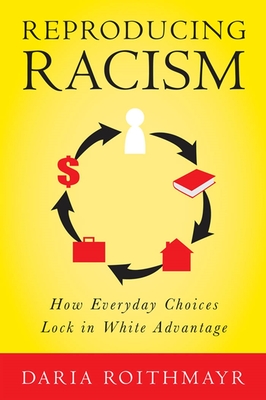 This book is designed to change the way we think about racial inequality. Long after the passage of civil rights laws, blacks and Latinos possess barely a nickel of wealth for every dollar that whites have. Why have we made so little progress? Legal scholar Daria Roithmayr provocatively argues that racial inequality lives on because white advantage functions as a powerful self-reinforcing monopoly, reproducing itself automatically from generation to generation even in the absence of intentional discrimination. Drawing on work in antitrust law and a range of other disciplines, Roithmayr brilliantly compares the dynamics of white advantage to the unfair tactics of giants like AT&T and Microsoft. With penetrating insight, Roithmayr locates the engine of white monopoly in positive feedback loops that connect the dramatic disparity of Jim Crow to modern racial gaps in jobs, housing and education. Wealthy white neighborhoods fund public schools that then turn out wealthy white neighbors. Whites with lucrative jobs informally refer their friends, who refer their friends, and so on. Roithmayr concludes that racial inequality might now be locked in place, unless policymakers immediately take drastic steps to dismantle this oppressive system.
Daria Roithmayr is the George T. and Harriet E. Pfleger Professor of Law at the University of Southern California Gould School of Law. An internationally acclaimed legal scholar and activist, she is one of the country's leading voices on the legal analysis of structural racial inequality. Prior to joining USC, Professor Roithmayr advised Senator Edward Kennedy on the nominations of Clarence Thomas and David Souter, and taught law at the University of Illinois.