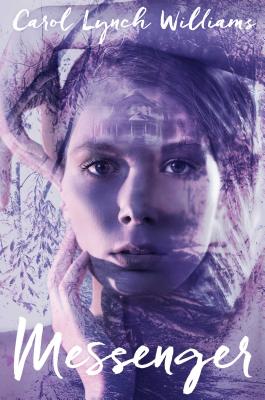 
Email or call for price
From PEN Award–winning author Carol Lynch Williams comes an eerie and atmospheric coming-of-age tale about a girl who can talk to the dead—even if she would rather not.

Evie Messenger knows that her family is different from other families. But it isn’t until her fifteenth birthday that the Messenger gift is revealed to her. Evie has the family’s gift—a special power. Soon she realizes she is able to see and talk to the dead—ghosts—often with no idea who the person was. Or as Evie says: “I see Dead People. It’s a Messenger gift.” That doesn’t mean she wants the Messenger gift. So Evie tries to ignore it but soon she finds she cannot. Can Evie find a way to live her life without letting her power take over?And what if the dead person is someone close to Evie’s family?
Carol Lynch Williams is a PEN Award–winning author of more than a dozen books and a graduate of the Vermont College MFA program. Carol facilitates the children’s writing conferences at Utah Valley University and Brigham Young University. She lives in Utah with her family. Visit her at CarolLynchWilliams.com.
"Eerie and poignant, Carol Lynch William’s powerful  MESSENGER will haunt its readers. This book about family and destiny will grab the reader’s heart and refuse to let go."

Williams creates a recognizable world with Evie ... Even though her Gift may be supernatural, Evie herself comes across as a well-rounded, likable character. Another solid outing from Williams.
— Kirkus Reviews

All of the characters are fully formed, including the adults, who are often one-dimensional in YA. The Southern setting and manners add to the overall charm. A gentle tale with lots of heart ...
— School Library Journal

"Cever twists and efficient world building keep the pace swift, and Williams makes smart use of her premise to encapsulate what it’s like to straddle the line between childhood and adolescence." Publishers Weekly
— Publishers Weekly

Melancholy and sweet, this coming-of-age tale deals in love, loss, and memories, blending together romance, mystery, and the supernatural for a haunting read.. — Booklist
— Booklist online