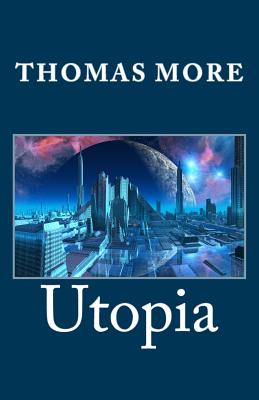 "Utopia", written in 1516 by Thomas More, is probably one of the most important books ever written. Why?. Simply because it influenced many people, and motivated many events: it made a difference..."Utopia" means, literally, "no place". The word didn't exist until More coined it in this book. He wanted to critique the English society of his time, but needed to cloak it under a "fictional" mantle due to censure, since displeasing the king was very dangerous in More's time. In the novel, More introduces an imaginary character, Raphael Hythloday, a traveler that has visited a distant country: Utopia. After meeting More, Raphael tells him about the country he visited, and afterwards More writes a book about what he was told. To begin with, in that country community is more important that private aims, and that fact permeates all social and political life. There is no private propriety of the means of production, and everything belongs to everybody. Work is obligatory to all healthy men and women, and those who want to do nothing are punished with forced labor. There is no money, but everybody has what is needed to live well, although frugally. Thanks to the fact labor is well distributed, leisure time is available to all. As a result, men and women (equals in this society) can dedicate time to cultivating their minds. Other important points that should be highlighted regarding Utopia, especially because they contrast strongly with the situation of More's England, are that in this country all religions are allowed, and that there isn't an autocratic rule (a democratically elected assembly and different local governments are elected). "Utopia" was written a few years later than Machiavelli's "The Prince", but the differences between the two books are incredible. Instead of praising the power of princes, More shows clearly all that was wrong in English society because it was governed by a bad ruler. He didn't tell others to face reality: he asked them to criticize it, in order to improve it later. Thus, More established the essential traits of what was later known as the "utopian method": to describe in other situation, with a prejudice of optimism, all that that we don't like in our society. With "Utopia" Moro created a new way to mobilize energies, and showed options that had remained hidden from the eyes of those who weren't happy with their societies. Behind the name of "fiction", he gave politics new instruments of discussion, and opened to it novel ways of considering reality, in the light of what could/should be.

Sir Thomas More (1478-1535), known to Roman Catholics as Saint Thomas More, was an English lawyer, social philosopher, author, statesman and noted Renaissance humanist. He was an important councillor to Henry VIII and Lord Chancellor from October 1529 to 16 May 1532. More opposed the Protestant Reformation, in particular the theology of Martin Luther and William Tyndale, whose books he burned and whose followers he persecuted. More also wrote Utopia, published in 1516, about the political system of an ideal and imaginary island nation. More later opposed the King's separation from the Catholic Church and refused to accept him as Supreme Head of the Church of England because it disparaged papal authority and Henry's marriage to Catherine of Aragon. Tried for treason, More was convicted on perjured testimony and beheaded.