Whatever It Takes (Paperback) 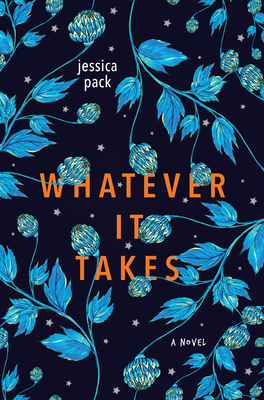 Whatever It Takes (Paperback)


Usually ships to store in 2-3 Days
Sienna has no memory of her late mother, yet every significant day of her life—birthdays, the first day of high school, graduation—has been marked by a letter written during her last weeks of life. Sienna knows her father feels grateful to be able to offer up these connections to the loving, talented woman his daughter never got a chance to know. Yet for Sienna herself, the letters have become a dreaded burden, a reminder that every milestone is less than it would be if both parents were still living.

A month before her twenty-fifth birthday, Sienna finds a lump. Facing a cancer diagnosis, Sienna begins to ask questions about her mother’s terminal illness—questions that reveal unsettling inconsistencies and voids in the stories she’s been told. The deeper she digs, the more the image of her mother as a contented homemaker warps into something much darker and far more troubling. If Sienna’s dad lied about this, what else did he lie about?

What does it mean to be a good parent? What role does the past play in who we are? And to what lengths should one go to protect a child? Like the best of Jodi Picoult, Whatever It Takes delves into these fascinating questions of family and identity with power, insight, and love.

“Characters as rich and indelible as the life they endure . . . A phenomenal read.”
—Internationally Bestselling Author Davis Bunn

“In the vein of Jodi Picoult’s Nineteen Minutes, As Wide as the Sky explores the human component of tragedy.”
—Mandy Mikulencak, author of The Last Suppers and Forgiveness Road

“A story that is painfully relatable even as it shines with originality. I felt this tale all the way to my toes. A treasure.”
—Amy Harmon, New York Times bestselling author of The Law of Moses
Jessica Pack is a pseudonym for Josi Kilpack, author of twenty-six novels—including the twelve-volume Sadie Hoffmiller culinary mystery series—one cookbook, several novellas, and is a participant in several co-authored projects and anthologies. She is a four-time Whitney award winner, including Novel of the Year, and a recipient of the Utah Best in State for fiction. She is currently writing regency and historical romance, and women’s fiction. Josi loves to bake, sleep, read, and travel. She doesn’t like to exercise, do yard work, or learn how to do new things but she does them anyway. She and her husband, Lee, are the parents of four children and live in Northern Utah.