A Lady's Life in the Rocky Mountains (Paperback) 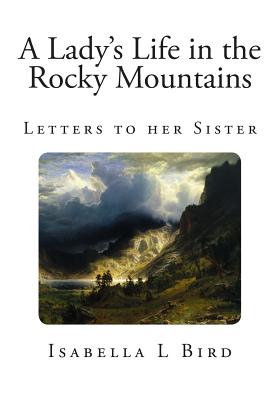 A Lady's Life in the Rocky Mountains

The platforms of the four front cars were clustered over with Digger Indians, with their squaws, children, and gear. They are perfect savages, without any aptitude for even aboriginal civilization, and are altogether the most degraded of the ill-fated tribes which are dying out before the white races. They were all very diminutive, five feet one inch being, I should think, about the average height, with flat noses, wide mouths, and black hair, cut straight above the eyes and hanging lank and long at the back and sides. The squaws wore their hair thickly plastered with pitch, and a broad band of the same across their noses and cheeks. They carried their infants on their backs, strapped to boards. The clothing of both sexes was a ragged, dirty combination of coarse woolen cloth and hide, the moccasins being unornamented. They were all hideous and filthy, and swarming with vermin. The men carried short bows and arrows, one of them, who appeared to be the chief, having a lynx's skin for a quiver. A few had fishing tackle, but the bystanders said that they lived almost entirely upon grasshoppers. They were a most impressive incongruity in the midst of the tokens of an omnipotent civilization.

Isabella Lucy Bird married name Bishop (1831 - 1904) was a nineteenth-century English explorer, writer, photographer and naturalist. She was the first woman to be elected Fellow of the Royal Geographical Society. Bird was born on 15 October 1831 at Boroughbridge Hall, Yorkshire, the home of her maternal grandmother. Her parents were the Reverend Edward Bird and his second wife Dora Lawson. Isabella moved several times during her childhood. Boroughbridge was her father's first curacy after taking orders in 1830, and it was here he met Dora. In 1832, Reverend Bird was appointed curate in Maidenhead where Isabella's brother, Edward was born and died in his first year. As a result of her father's ill health the family moved again in 1834 to Tattenhall in Cheshire, - a living presented to him by his cousin Dr John Bird Sumner, Bishop of Chester where in the same year Isabella's sister, Henrietta, was born. Isabella was outspoken from an early age. When six years old, she asked the local MP for South Cheshire: " Sir Malpas de Grey Tatton Egerton, did you tell my father my sister was so pretty because you wanted his vote ? " Edward Bird's controversial views against Sunday labour caused his congregation to dwindle and in 1842 he requested a transfer to St Thomas's in Birmingham. Here again objections were raised which culminated in the minister being pelted "with stones, mud, and insults." In 1848, the family moved again and after spending some time in Eastbourne took up residence in Wyton in Huntingdonshire (now Cambridgeshire.)