I've Got My Eyes on You (Mass Market) 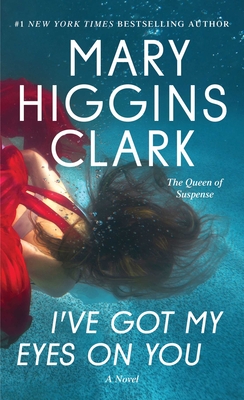 I've Got My Eyes on You (Mass Market)


Usually ships to store in 2-3 Days
The newest thriller and instant #1 New York Times bestseller from Queen of Suspense Mary Higgins Clark shows us just how far a family and a town will go to protect their own in the wake of tragedy.

After a party when her parents are away, eighteen-year-old Kerry Dowling is found fully dressed at the bottom of the family pool. The immediate suspect is her boyfriend, who had a bitter argument with her at the party. Then there is a twenty-year-old neighbor who was angry because she didn’t invite him to the party. Or is there another suspect who has not yet been seen on the radar?

Kerry’s older sister Aline, a twenty-eight-year-old guidance counselor, is determined to assist the prosecutor’s office in learning the truth. She does not realize that now she is putting her own life in danger…

From #1 New York Times bestselling author and the “Queen of Suspense” comes a thrilling investigation asking what we truly know about those we trust, and the secrets lying in even the most idyllic of neighborhoods.
The #1 New York Times bestselling author Mary Higgins Clark wrote forty suspense novels, four collections of short stories, a his­torical novel, a memoir, and two children’s books. With bestselling author Alafair Burke she wrote the Under Suspicion series including The Cinderella Murder, All Dressed in White, The Sleeping Beauty Killer, Every Breath You Take, and You Don’t Own Me. With her daughter Carol Higgins Clark, she coauthored five more suspense novels. More than one hundred million copies of her books are in print in the United States alone. Her books are international bestsellers.