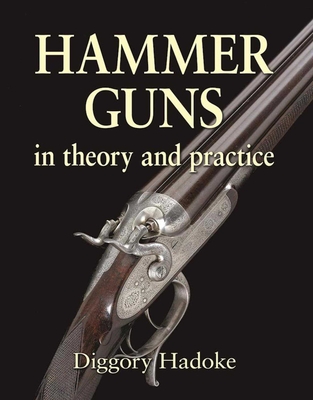 By Diggory Hadoke
Email or call for price.
Hard to Find

Vintage gun expert Diggory Hadoke (author of Vintage Guns for the Modern Shot and The British Boxlock Gun & Rifle) has now produced a major work on the subject for which he is best known: the hammer gun. With a fascinating mixture of historical analysis, practical application, and personal reflection, he makes a robust case for the Victorian hammer gun as the finest sporting gun available today, just as it was a century ago.

The reader will discover all that is worth knowing about the subject: how the guns were devised, crafted, and used, how they were perfected, and how they work. Modern applications are given equal weight to historical ones, and subjects such as the selection of suitable ammunition, stripping, refurbishing, and customizing will prove invaluable to anyone contemplating taking a hammer gun into the field and using it as they would a modern gun.

This is the fullest and most practical account of the development of the breech-loading center-fire hammer gun and its many variations yet written, with a guide for owners and collectors that will prove invaluable when buying and maintaining their guns.

Diggory Hadoke has been involved with British sporting guns since childhood. Hadoke is a regular contributor to several magazines including The Field, Sporting Shooter, Double Gun Journal, and Gun Trade News. His previous books are Vintage Guns for the Modern Shot (2007) and The British Boxlock Gun & Rifle (2012). He is the director of Vintage Guns Ltd., a gun dealership and brokerage specializing in British sporting guns. He has business interests in London and Houston and travels to host shooting parties in Africa on a regular basis. He shoots all quarry on every continent with 1870s hammer guns. Hadoke now lives in Ludlow, England.