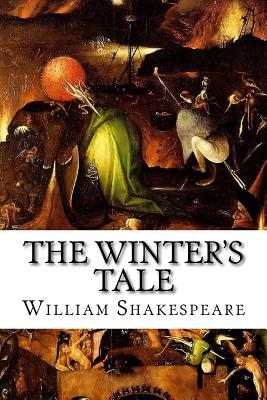 The Winter's Tale is a play by William Shakespeare, originally published in the First Folio of 1623. Although it was grouped among the comedies, some modern editors have relabelled the play as one of Shakespeare's late romances. Some critics consider it to be one of Shakespeare's "problem plays", because the first three acts are filled with intense psychological drama, while the last two acts are comedic and supply a happy ending. Following a brief setup scene the play begins with the appearance of two childhood friends: Leontes, King of Sicilia, and Polixenes, the King of Bohemia. Polixenes is visiting the kingdom of Sicilia, and is enjoying catching up with his old friend. However, after nine months, Polixenes yearns to return to his own kingdom to tend to affairs and see his son. Leontes desperately attempts to get Polixenes to stay longer, but is unsuccessful. Leontes then decides to send his wife, Queen Hermione, to try to convince Polixenes. Hermione agrees and with three short speeches is successful. Leontes is puzzled as to how Hermione convinced Polixenes so easily, and Leontes suddenly goes insane and suspects that his pregnant wife has been having an affair with Polixenes and that the child is a bastard. Leontes orders Camillo, a Sicilian Lord, to poison Polixenes. Camillo instead warns Polixenes and they both flee to Bohemia.