The Outsider (Fantasy and Horror Classics): With a Dedication by George Henry Weiss (Paperback) 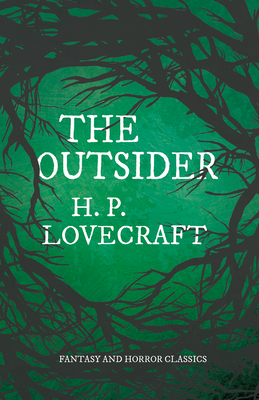 The Outsider (Fantasy and Horror Classics): With a Dedication by George Henry Weiss (Paperback)


Usually ships to store in 2-3 Days
After spending more time than he can remember on his own inside a castle, an enigmatic man resolves to finally escape and seek human contact and daylight, both of which he has never experienced before. However, dissatisfied with what he finds on the outside, he hastens back to his old world inside his castle-to which he is now barred entry. First published in 1926, "The Outsider" is a short story by American horror writer H. P. Lovecraft that explores the concepts of loneliness and the Gothic ab-human. A fantastic example of Lovecratian supernatural literature not to be missed by fans and collectors of his seminal work. Howard Phillips Lovecraft (1890-1937) was an American writer of supernatural horror fiction. Though his works remained largely unknown and did not furnish him with a decent living, Lovecraft is today considered to be among the most significant writers of supernatural horror fiction of the twentieth century. Other notable works by this author include: "The Call of Cthulhu", "The Rats in the Walls", and "The Shadow Over Innsmouth". Read & Co. is publishing this classic work now as part of our "Fantasy and Horror Classics" imprint in a new edition with a dedication by George Henry Weiss.