Playing in the Twilight (Paperback) 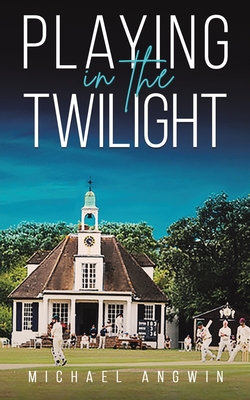 What happens to cricketers when their reflexes slow down, when their hand-eye coordination declines, when the quality of the afternoon tea is more important than the quality of the pitch? Nothing. They keep playing. In the Vets.
Playing in the Twilight chronicles the journey of Melbourne's Canterbury Cricket Club veterans' team through a decade of cricket.
Michael Angwin writes about the games themselves, and about what Canterbury's veterans value about cricket and how those values are reflected in the way they play it.
Playing in the Twilight has a warm, self-mocking, self-deprecating style reflecting the ways Canterbury's veterans engage with each other and with their rivals. As their careers lengthen, cricket becomes for Canterbury's vets not just a Sunday afternoon activity but a source of comradeship and community beyond Canterbury and even beyond Australia.
Playing in the Twilight is whimsical and wistful, and nostalgic and regretful at its best on gentle late-summer days, stoic and resigned, joyful in languor and dependent on friendship and love.
The book's inspiration includes philosophy, science, the Olympics, politics, Disney, Machiavelli, JMW Turner, Greek mythology, Catholic doctrine and Scottish insular monasticism.
It celebrates veteran cricketers when their bodies no longer respond to their still agile minds, like a hat that one of Canterbury's stalwarts wore: Old, frayed, experienced, loved, not as effective as it once was, but serviceable enough to keep going without having to be replaced by a new version that might not see out even one summer.