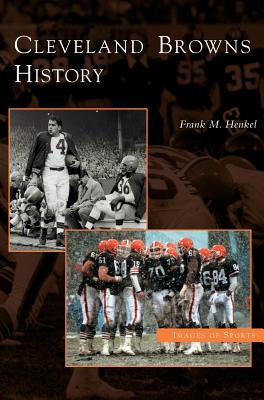 There was little fanfare when Art "Mickey" McBride flew into Chicago in 1945 to purchase a professional football team for Cleveland. But that act set in motion a tradition that has brought the city of Cleveland together on Sunday afternoons for (most of) the sixty years to follow. Cleveland Browns History is the story of championship seasons, legendary coaches, and Hall of Fame players. Coach Paul Brown led his teams to seven league title games in their first 17 seasons. Running backs Marion Motley, Jim Brown, and Leroy Kelley each rushed over opposing defenses and
straight into Canton, Ohio, along with fellow Browns like Otto Graham, Ozzie Newsome, and Len Ford. The "Kardiac Kids" in 1980 had too many nail-biters for some fans, but won the AFC Central in typical fashion--by three points in the final game of the season. All these stories, plus those of the many unsung heroes to don the NFL's only logo-less helmet, fill the pages of this book, sure to delight any Cleveland Browns fan.