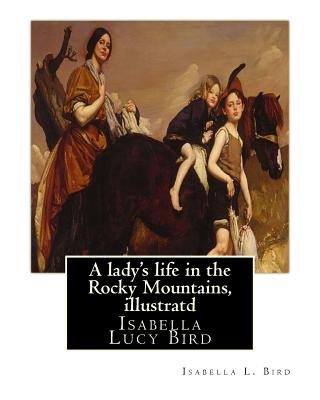 In 1872, Isabella Bird, daughter of a clergyman, set off alone to the Antipodes 'in search of health' and found she had embarked on a life of adventurous travel. In 1873, wearing Hawaiian riding dress, she rode her horse through the American Wild West, a terrain only newly opened to pioneer settlement. The letters that make up this volume were first published in 1879. They tell of magnificent, unspoiled landscapes and abundant wildlife, of encounters with rattlesnakes, wolves, pumas and grizzly bears, and her reactions to the volatile passions of the miners and pioneer settlers. A classic account of a truly astounding journey. Isabella Lucy Bird (1831-1904) was a nineteenthcentury English traveller and writer. She was born in Boroughbridge and grew up in Tattenhall, Cheshire. She was a sickly child and spent her entire life struggling with various ailments. Much of her illness may have been psychogenic, for when she was doing exactly what she wanted she was almost never ill. Her real desire was to travel. In 1854, Bird went to visit relatives in America. She detailed the journey anonymously in her first book The Englishwoman in America (1856). She also travelled to Canada, Scotland, Australia, and Hawaii. She studied medicine and resolved to travel as a missionary. She visited missions in India, Persia, Kurdistan and Turkey. Her final journey was to China and Korea. Many of her works are compiled from letters she wrote home to her sister in Scotland. Among her books are: The Hawaiian Archipelago (1875), Unbeaten Tracks in Japan (1880), A Lady's Life in the Rocky Mountains (1879) and Among the Tibetans (1894).