The New York Times bestselling true account of John Chapman, Medal of Honor recipient and Special Ops Combat Controller, and his heroic one-man stand during the Afghan War, as he sacrificed his life to save the lives of twenty-three comrades-in-arms.
In the predawn hours of March 4, 2002, just below the 10,469-foot peak of a mountain in eastern Afghanistan, a fierce battle raged. Outnumbered by Al Qaeda fighters, Air Force Combat Controller John Chapman and a handful of Navy SEALs struggled to take the summit in a desperate bid to find a lost teammate.
Chapman, leading the charge, was gravely wounded in the initial assault. Believing he was dead, his SEAL leader ordered a retreat. Chapman regained consciousness alone, with the enemy closing in on three sides.
John Chapman's subsequent display of incredible valor -- first saving the lives of his SEAL teammates and then, knowing he was mortally wounded, single-handedly engaging two dozen hardened fighters to save the lives of an incoming rescue squad -- posthumously earned him the Medal of Honor. Chapman is the first airman in nearly fifty years to be given the distinction reserved for America's greatest heroes.
Alone at Dawn is also a behind-the-scenes look at the Air Force Combat Controllers: the world's deadliest and most versatile special operations force, whose members must not only exceed the qualifications of Navy SEAL and Army Delta Force teams but also act with sharp decisiveness and deft precision -- even in the face of life-threatening danger.
Drawing from firsthand accounts, classified documents, dramatic video footage, and extensive interviews with leaders and survivors of the operation, Alone at Dawn is the story of an extraordinary man's brave last stand and the brotherhood that forged him.

A 30-year special operations and Combat Control veteran, Dan Schilling has numerous combat and clandestine deployments around the world, including the operation popularly known as Black Hawk Down where he is credited with saving the lives of a Ranger and SEAL under fire. He later founded and then served as the first commander of two special operations squadrons. An adrenaline enthusiast, he holds the Guinness world record for most BASE jumps in 24 hours (201), is a mountain speedwing pilot and ski instructor at Wasatch Adaptive Sports, helping those with challenges gain independence through skiing. He and his wife live in the alpine town of Alta, Utah. For more information, please visit DanSchillingbooks.com.
Lori Chapman Longfritz is the second of four children born to Gene and Terry Chapman and shares the "middle child" slot with John. She was a longtime advocate for his Medal of Honor and is proud to share the story of her brother, who stood out from the ordinary long before he ever put on a uniform. Lori, her husband, and son, John, live in the "forever west" town of Cheyenne, Wyoming.

"The
men who wear the Medal of Honor do so on behalf of all Americans-past, present,
and future-who serve their country. I'm certain that if John Chapman had
survived the events that led to his Medal, he would be uncomfortable with being
singled out as a hero. But the fact is, that day he saved many lives at the
cost of his own, and dozens of families owe the safe return of their loved ones
to him. Every American should know this story. Thanks to Alone at Dawn, the first comprehensive account of his one man stand
in Afghanistan, we have a chance to celebrate John Chapman's life and the
courageous work of his fellow Air Force Combat Controllers."—Clinton Romesha, Medal of Honor recipient and New York Times bestselling author of Red Platoon

"Alone at Dawn is a stunning portrayal of
a true American hero, from an unknown unit of unsung acclaim, and consisting of
unassuming patriots. John Chapman, Medal of Honor recipient, exemplifies all
the traits of the most decorated wing in the U.S. Air Force."—Lt. Gen. Kurt A. Cichowski, USAF (Ret), former Assistant Director, CIA

"A blend of
military history, wartime drama, and the incredible true story of Sergeant John
Chapman-the first Air Force Medal of Honor recipient since the Vietnam War-Alone
at Dawn delivers blood-pumping action, heart-warming kindness, and an
insider account of the most courageous individuals on the planet. Dan Schilling
makes epic military heroism come alive and reminds us what true purpose is all
about; and Lori Longfritz, John's sister, offers a poignant perspective on her
brother's life, which was extraordinary long before his heroic one-man stand."—Deborah Lee James, 23rd secretary of the US Air Force

"Alone at Dawn is riveting and
powerful. This stunning account reveals for the first time one of the most
extraordinary acts of valor and courage in the annals of U.S. history. With
this book, USAF CCT John Chapman now rightfully takes his place as an iconic
hero of the Afghanistan War. All Americans should honor and enshrine the memory
of such undaunted self-sacrifice and valor."—Lt. Col. Dave Grossman, USA (Ret.), author of On Killing, On Combat, and Assassination Generation

"A
long-overdue account not just of one hero but an entire force of heroes.
Documenting Chapman's final mission, Schilling and Longfritz recreate the
blood-soaked, desperate battle in all its dramatic detail, then fearlessly
delineate the most terrible choice combat can demand. It's a story that will
upset some and inspire many, but will leave no reader unchanged."—Jim DeFelice, coauthor of the #1 New York Times bestselling American Sniper

"Alone at Dawn is inspired by the life
and heroism of Medal of Honor recipient John Chapman. The genius of the book is
that readers will also learn what a Combat Controller does, and why every team
of Delta, SEALS, and Green Berets want their Air Force Special Tactics
professionals with them whenever they engage in battle. The men on Takur Ghar,
where seven Americans were killed in action in service to their country, were
doomed by classic examples of senior military incompetence and inter-service
rivalry. That terrible tragedy will never diminish the bravery of those who
fought on and above the mountain in March of 2002, and those who made the
ultimate sacrifice, especially MSgt John Chapman, USAF."—James G. Roche, 20th secretary of the Air Force

"A brave book about a brave warrior and the long overdue acknowledgment of the history and the contributions made by the men of the 24th Special Tactics Squadron (aka Air Force Combat Controllers)."—Pete Blaber, former commander Delta Force and author of The Mission, The Men, and Me

"This
is a story of heroism of not only of one man, John Chapman, but a heroic breed
of American warriors-Air Force Combat Controllers. It is a gripping
account of Chapman's last moments and pays homage to a brotherhood dedicated to
keep America safe and free."—Dr. Robert Kadlec, Assistant Secretary for Preparedness & Response, Former Deputy Staff Director, Senate Select Committee on Intelligence and Special Assistant to President George W. Bush

"As
one of our nation's most elite special operations forces, Combat Controllers
not only jump, dive, shoot, and maneuver with the best, they uniquely combine
these skills with absolute mastery of three-dimensional battlespace to deliver
lethal and precision airpower, making them the deadliest force on any
battlefield. Among even this exceptional and select brotherhood, John Chapman's
heroism on Takur Ghar is without equal in America's longest war."—Lt Gen Donny Wurster, USAF (ret), former commander, Air Force Special Operations Command

"The
men who serve in Combat Control whose incredible story is presented in this
book aren't asking for recognition. No late night talk show, video game or film
could possibly begin to convey the intensity of the experience, the fear, the
sense of duty and valor, the bonds that unite these men and, above all, the
inner feelings and motivation of someone who has stepped up and accepted the
challenge of this toughest of Missions."—Jeffrey "Skunk" Baxter, musician, national security specialist

"In this informative and sometimes moving account, author and military veteran Schilling and Longritz pay tribute to Longritz's brother, Medal of Honor winner John Chapman . . . The pacing heightens the tale's immediacy, and reconstruction of Chapman's inner experience packs an emotional punch. This paean to heroism will strike a chord with fans of combat narratives."—Publishers Weekly

"Illuminating . . . engaging and informative . . . This is an excellent book about a modern-day hero in a military field that rarely makes the front page."—Booklist 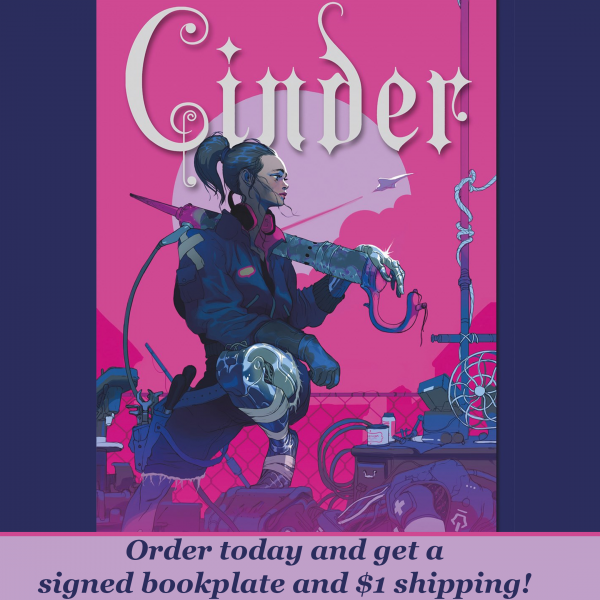