Introduction to the Study of the Maya Hieroglyphs (Illustrated) (Paperback) 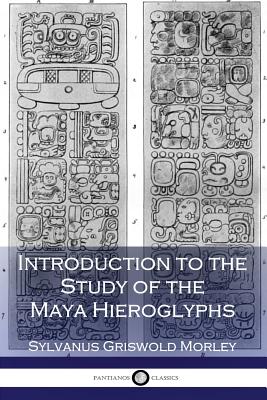 Morley's epic treatise upon the Mayan language, and the insights which may be gained from their writing, is published here complete with his original photographs, illustrations and charts.
When Sylvanus Griswold Morley first published this account of the Mayan peoples in 1915, the Western world and scholarly establishment were impressed by the scale of his knowledge and the thoroughness of his investigations. His archaeological digs near the ancient site of Chichen Itza yielded many exciting discoveries. It was after collecting and observing a large cache of Mayan inscriptions that Morley began publishing books and essays upon the subject of Maya hieroglyphics. By the time of his death in 1948, Morley was a leading authority on ancient Mesoamerican societies.
An Introduction to the Study of the Maya Hieroglyphs is a landmark text in the study of the ancient Mayan civilization. Morley was particularly focused on the Mayan system of mathematics; how they used a unique arithmetic and numbering system to measure dates and time, and establish the calendar for which they are now famous. The various glyphs used on buildings large and small are analyzed, with myriad insights gained from the patterns, faces, and symbols the Mayan scribes used.
This book contains over 180 photographs and diagrams of Mayan artifacts, edifices and tablets. Originally taken and drawn by Morley and his assistants during their researches, they are essential for interpreting and understanding the means through which Morley arrived at meaningful insight into the long lost Central American civilization to which he devoted decades of his life. For those with an interest in discovering the Mayas, or in archeology in general, Morley's book remains a worthwhile and valuable source.