To Dakar and Back: 21 Days Across North Africa by Motorcycle (Paperback) 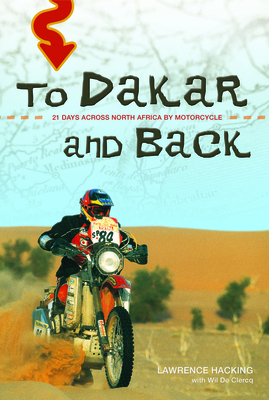 The Paris-Dakar Rally is without question the most arduous and notorious off-road motorsports event on the planet. Since its inception in 1979, it has attracted more than 3,000 adventurers from all walks of life. The men and women who have taken up the "Dakar challenge" have at least one thing in common: a desire to measure themselves against the desolate sands of the Sahara. The rally has drawn entries from the international community of motorsport luminaries, the lofty ranks of European nobility and celebrity, captains of industry, as well as common, everyday people. Paris-Dakar is considered to be one of the world's top five adventures, in the same league as climbing Mt. Everest. The human drama that unfolds each January is unparalleled. Tales of danger, blinding sandstorms, endless vistas of towering dunes, incredible hardship, perseverance, tenacity, ingenuity, triumph, and tragedy have greatly contributed to the aura and mystique of the rally. The Dakar is a metaphor for life -- a test of common sense, decision-making ability, and the ability to accept complete responsibility for both your actions and inaction.In To Dakar and Back, Hacking -- in collaboration with motorsport journalist Wil De Clercq -- recounts the three weeks of blood, sweat, and tears that took him on a 10,000 kilometre journey -- in the heat of competition -- from the glitzy streets of Paris, through the hinterland of North Western Africa, to the triumph of self-realization.

Lawrence Hacking is a professional motorcycle racer who specializes in enduros and rally raids, and who in 2001 became the first Canadian to finish the race. His remarkable core philosophy, honed from the trials and tribulations of life, helped him survive and succeed in the unforgiving desert. Wil De Clercq has worked as a freelance writer, a visual artist, and in such diverse fields as demolition, the merchant marines, faux finish painting, advertising copywriting, and film and television production.