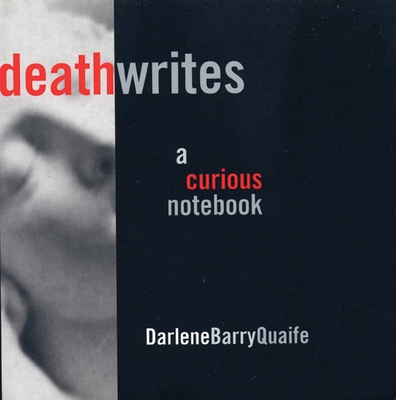 A publishing oddity, "Death Writes: A Curious Notebook" is both what you might expect―a handwritten notebook with doodles in the margins and clippings in the back; and what you might not expect―the perspective of Death him/herself, ruminating about the land of the living. This unusual, stylish book is Death's personal notebook, which has been unearthed and published in its original state. It is a visually dazzling collection of Death's musings, drawings, and pronouncements, as well as trivia, quotations, and statistics on the subject that Death has collected. In his/her own words, Death observes the living with a questioning, somewhat cynical eye, fascinated by how the living perceive death, dying, and the afterlife. As such, on a broad scale, the book is a meditation on how our popular culture deals (or doesn't deal) with Death; the narrative, at times random and rambling, at others precise and cunning, challenges our existing notions of Death, forcing us to face our fears and misgivings. This is an irreverent glimpse at how Death perceives mortals and mortality. The notebook is divided alphabetically, each letter devoted to Death's thoughts on particular subjects, complemented by drawings and doodles and tangential musings. A second section, "Death Notices," is a collection of press clippings and anecdotes Death has collected about him/herself. At once an imagined memoir and a disarming pop-culture essay, "Death Writes," Griffin & Sabine's evil twin, is sure to shock and amuse.