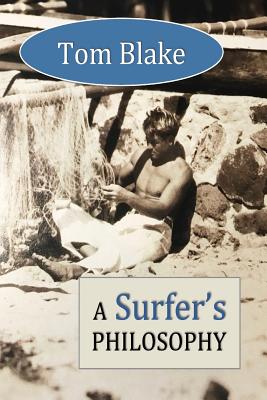 Tom Blake changed the face of surfing and has long been lauded as one of the true pioneers and innovators in the sport. Although much has been written about him and his contributions (culminating in Gary Lynch's magisterial biography of him, Tom Blake: The Uncommon Journey of a Pioneer Waterman, published in 2001), very little work has been done on Tom Blake's Einsteinian philosophy. This is a shame, since though Blake was not formally educated (he never graduated high school due to the devastating influenza epidemic that swept the world in 1918 and 1919), he was an astute observer of nature and had a deep understanding of science and its implications on such perennial questions concerning ethics, God, and the goal of human life. The essence of Tom Blake's philosophical outlook is best captured in his book, Voice of the Atom, an engaging narrative that centers on his conversations with a young nomadic wanderer named Anthony. Yet, there are also other scattered writings, particularly letters that he wrote to friends over the years, that provide a wider glimpse into Blake's thinking that are invaluable. Tom Blake was not a man of many words, but what he did write, occasionally in terse and epigrammatic phrases, are pregnant with meaning. As such, they offer us a tantalizing clue behind this enigmatic man, who in the course of a somewhat lonely existence influenced the lives of millions who mimicked Tom Blake's lifestyle, even as they remained oblivious to his reasoning behind it. This small book touches upon Tom Blake's Atomic Philosophy, Circle of Compassion, and Surfing Lifestyle. It also includes Albert Einstein's original 1905 paper "Does the Inertia of a Body Depend Upon Its Energy-Content"? which formed the fundamental basis of Tom Blake's spiritual outlook. In addition, we have included the essay, "The Big Kahuna's Dilemma: How to Live in a Darwinian Universe," which was influenced by Tom Blake and Charles Darwin.