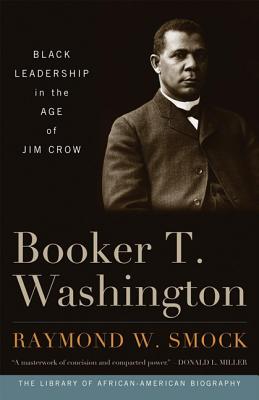 From the time of his famous Atlanta address in 1895 until his death in 1915, Booker T. Washington was the preeminent African-American educator and race leader. But to historians and biographers of the last hundred years, Washington has often been described as an enigma, a man who rose to prominence because he offered a compromise with the white South: he was willing to trade civil rights for economic and educational advancement. Thus one historian called Washington's time the "nadir of Negro life in America." Raymond W. Smock's interpretive biography explores Washington's rise from slavery to a position of power and influence that no black leader had ever before achieved in American history. He took his own personal quest for freedom and acceptance within a harsh, racist climate and turned it into a strategy that he believed would work for millions. Was he, as later critics would charge, an Uncle Tom and a lackey of powerful white politicians and industrialists? Sifting the evidence, Mr. Smock sees Washington as a field general in a war of racial survival, his compromise a practical attempt to solve an immense problem. He lived and worked in the midst of an undeclared race war, and his plan was to find a way to survive and to flourish despite the odds against him.

Raymond W. Smock is co-editor, with Louis Harlan, of the fourteen-volume Booker T. Washington Papers. From 1983 to 1995 he served as the first official Historian of the U.S. House of Representatives. He is now director of the Robert C. Byrd Center for Legislative Studies at Shepherd University in Shepherdstown, West Virginia.