The Woman Who Walked to Russia: A Writer's Search for a Lost Legend (Paperback) 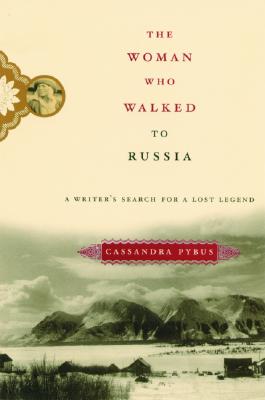 The Woman Who Walked to Russia: A Writer's Search for a Lost Legend (Paperback)

From the moment Cassandra Pybus first heard about Lillian Alling’s trek across North America, she couldn’t get the story out of her mind. This is how it went: Desperate with homesickness, Lillian Alling, a recent immigrant to the United States from the Soviet Union, haunted the New York Public Library, studying the atlas to establish the most direct route home to her native Russia. Her English was poor but she understood the hieroglyphics of cartography. In the spring of 1927, aided only by a hand-drawn map, she started to walk home. Pybus searched for clues about this enigmatic pedestrian. When her historical sleuthing yielded little, she set out on her own trek to trace Lillian’s route through the wilderness of northwestern Canada and subarctic Alaska and Siberia. The result is an entertaining travel narrative that pieces together Alling’s journey through the natural beauty and rich history of northwestern North America — a story never before told.