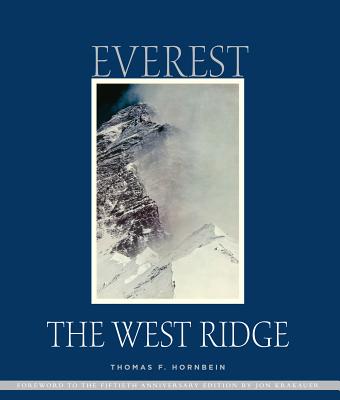 "Not only did Hornbein play a crucial role in one of the most extraordinary accomplishments in the history of mountaineering, his account of the feat is one of the finest things ever written about this peculiar, hazardous, and uncommonly engaging pursuit." --Jon Krakauer

In 1963, Jim Whittaker became the first American to summit Everest via the South Col route. Roughly two weeks after Whittaker's achievement, Tom Hornbein and Willi Unsoeld, fellow American mountaineers on the same expedition, became the first climbers ever to summit the world's highest peak via the dangerous and forbidding West Ridge--a route on which only a handful of climbers have since succeeded. This special 50th anniversary edition reintroduces the adventure in a larger format with full-color photographs by members of the expedition, including leader Norman G. Dyhrenfurth and team doctor Jim Lester. In addition to a new foreword by Jon Krakauer, this volume also features a new preface by Hornbein along with a series of prefaces he wrote for earlier editions, including the original from 1965, and a map by Dee Molenaar. Updated bios of all the American Mount Everest Expedition team members, written by climber Broughton Coburn, are now accompanied by contemporary portraits from the expedition.